A campaign poster where post-war France circa 1949-1950 was looking for labour. It was during this period that my father was hired in the coal mines. 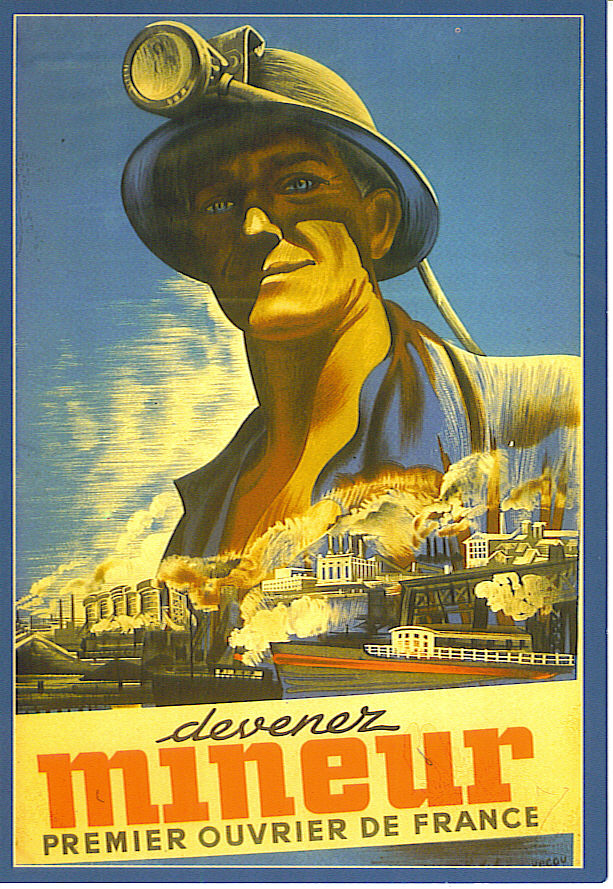 In 1979, my father took early retirement.

In 1980, after the death of my grandmother Brangier on April 3, 1979, by mutual agreement of the family at the time of the succession, my mother, with the financial help of my father, inherited the house of Carbon-Blanc.

In January 1986, our parents donated this house to us. A part of the house, the oldest part, (built in 1924) was attributed to me, and the other part, the most recent one (a barn transformed into a house by our grandmother in 1963-1965) was attributed to my sister.

After 8 years of early retirement, on December 21, 1987, having taken his car for overhaul in Bordeaux, my father died of a cardiac arrest in one of the streets of Bordeaux. He had lived 64 years and a half on this Earth with 4 war years (Second World War 1939-1945) and 44 years and a half as a worker.

The activities he had outside of work were :

Photography and developing black and white photographs. When we lived in l’Hôpital from 1950 to 1958 he was part of an association called “the Y.M.C.A. group of l’Hôpital”. In this group my father was in charge of taking care of Germans who wanted to settle in the region or to return to Germany. He worked with the German consulate in Nancy. He was in charge of preparing administrative files for German emigrants.

Front side of the YMCA membership card which is listed in the paragraph above.

Back of the YMCA membership card which is listed in the paragraph above. 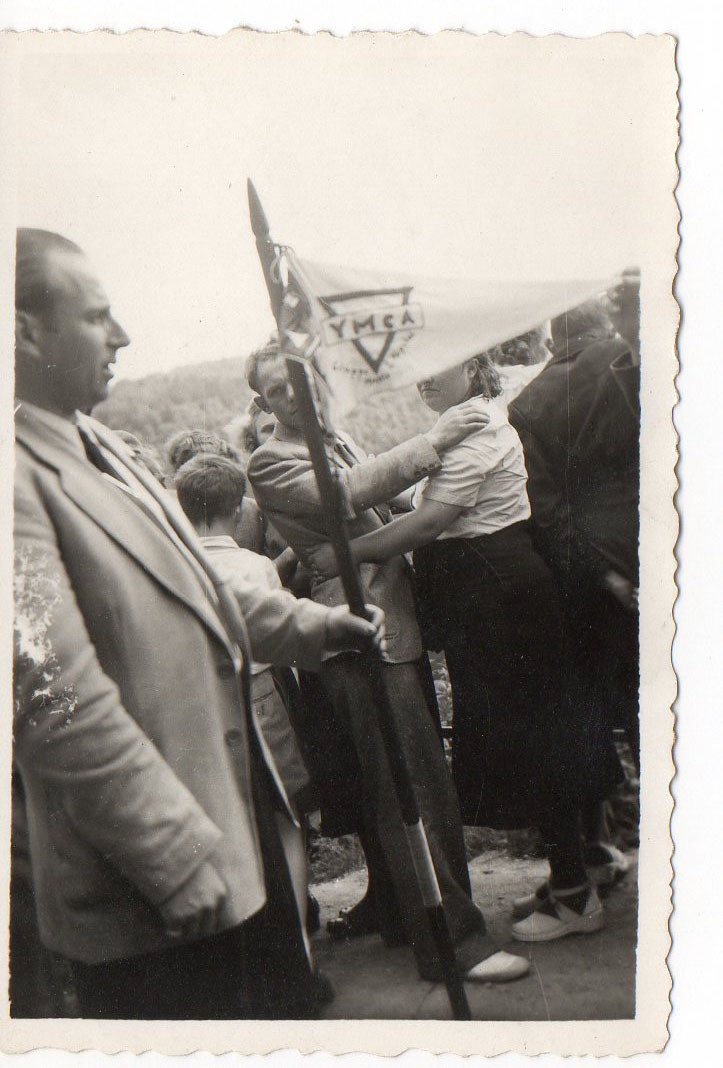 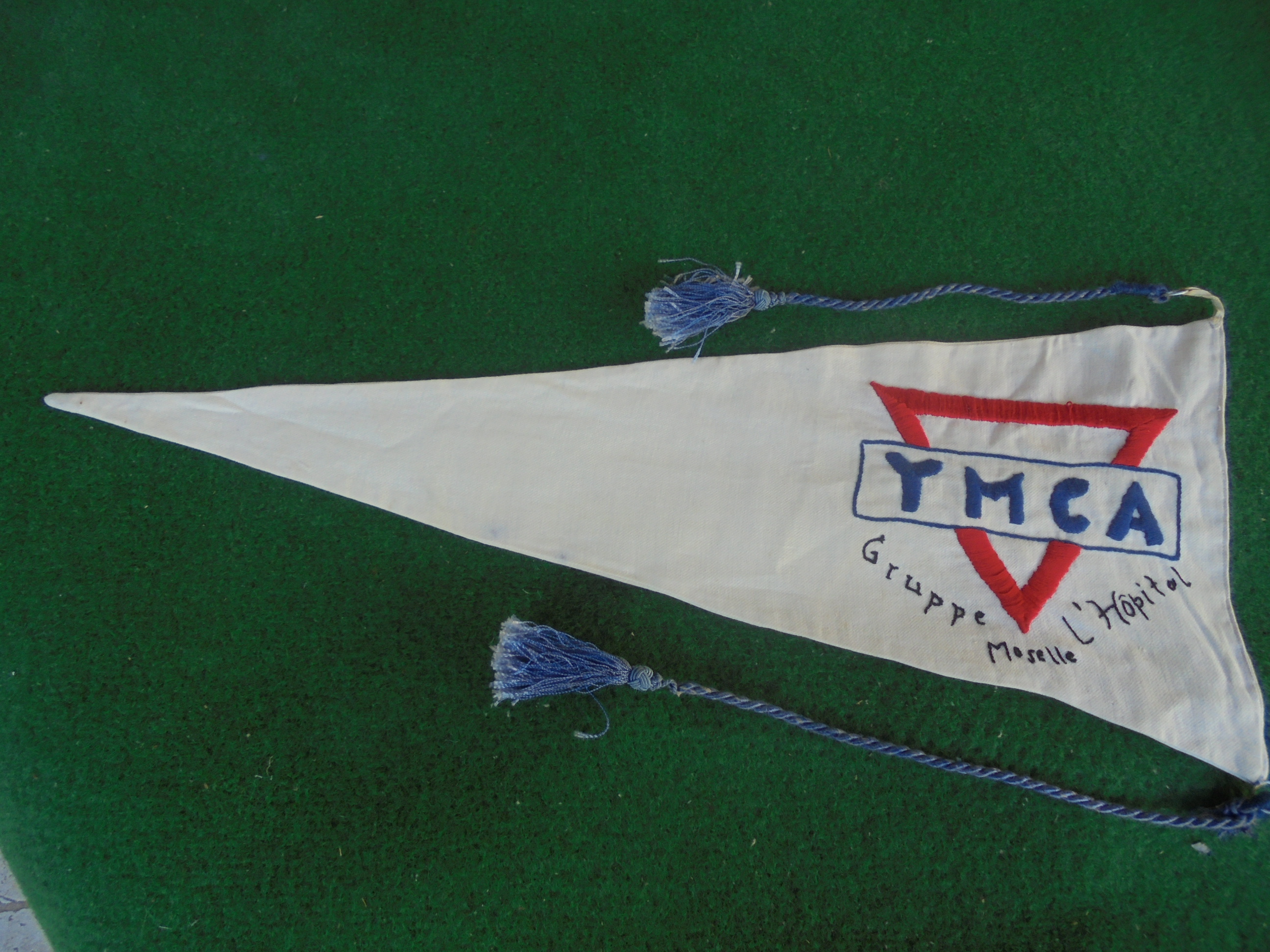 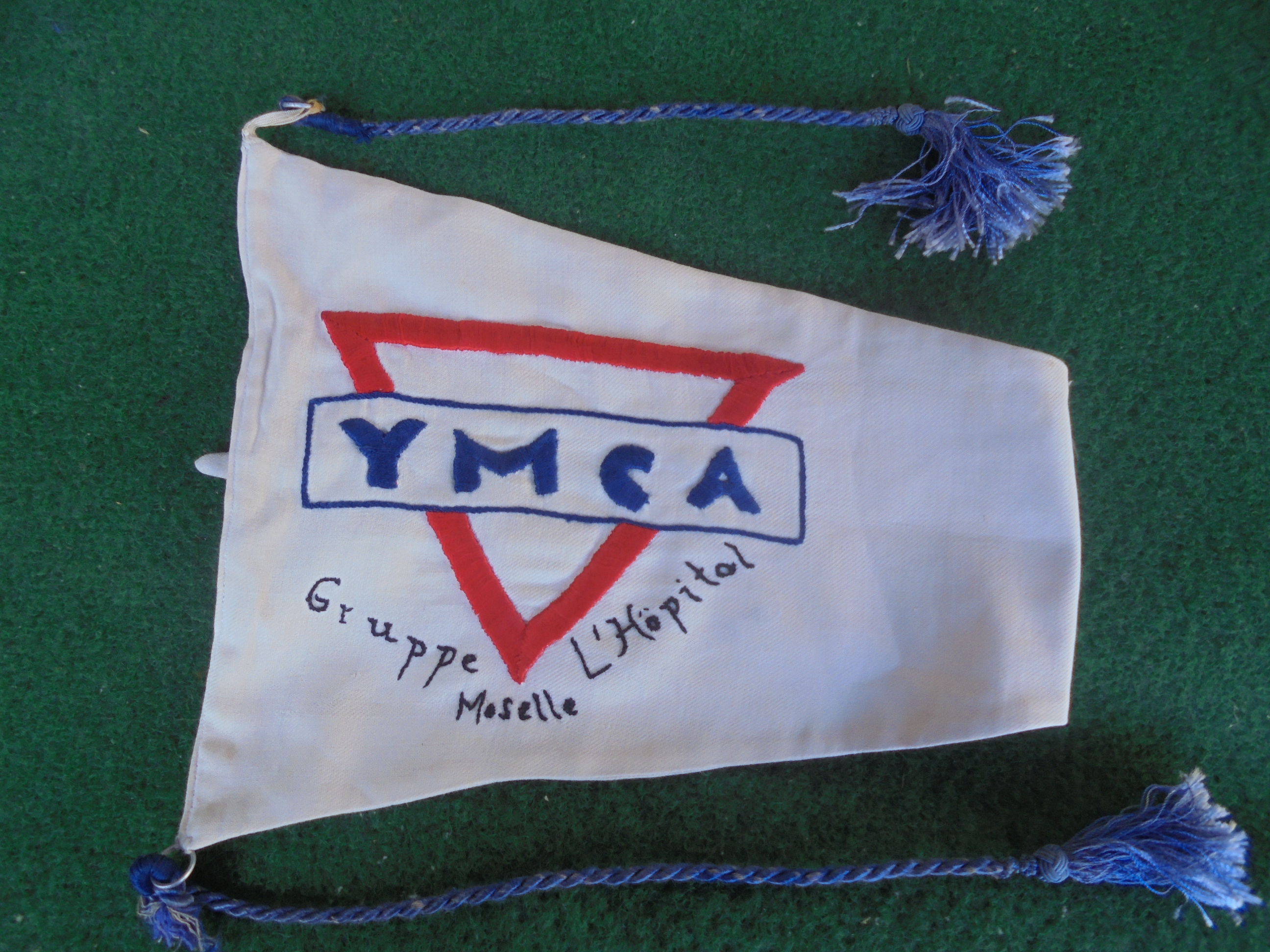 Afterwards he worked with the German consulate in Bordeaux when he settled in Carbon-Blanc to search for his former navy buddies, whom he managed to bring to Bordeaux for a reunion.

He had the Berneuil marine cemetery in Charente Maritime rehabilitated, where, with the help of the municipalities, a stele was erected in memory of his brothers in arms who died in Aquitaine and on the beaches of the Médoc.

As he participated in the rescue of Canadian seamen in 1944, he joined the Gironde Lifeguard Society and Government Medalist as a Medalist Rescuer, receiving the Silver Medal No. 82. 137 B for acts of rescue and devotion Peril Life, in 1975. He was an active member of the association, he was appointed Director of Historical Research of the society, he traced its history back to 1879, the society being created in 1853. In 1974, he was invited to participate in the Franco-Canadian commemorative ceremony for the 30th anniversary of the loss of the Athabaskan in 1944. The Canadian authorities awarded him the Universal Life Saving Medal for the rescue of April 29, 1944, the highest humanitarian distinction.

KÜHN:
Research shows that the name can be associated with the German word Kunrat, which means descendant of Kühn, diminutive of Kunrat (bold, adviser): someone who was bold or fiery.

A bit of history about the registers

Initially, the Catholic clergy kept registers of the catholic baptisms to make certain whether those applying for ecclesiastical benefit were of legal age. The oldest register is that of GINRY (1303) in Saône-et-Loire, in the duchy of Burgundy. The parish priest recorded the sums received for marriages and deaths but, as it also recorded the names of poor people whose sacraments were dispensed free. This register can be considered as the first record of civil status that were written in France. In 1563, in order to control the families’ adherence to the Catholic religion, the church ordered parish priests to keep and preserve a register for all marriages, baptisms and deaths.

In 1614 Pope Paul V gave detailed forms, which were not used in France until 1623. From 1736 onwards, in all provinces of France, registers of catholicity were kept in duplicate.

Retired school teacher since 2004. View all posts by Pierre Lagacé